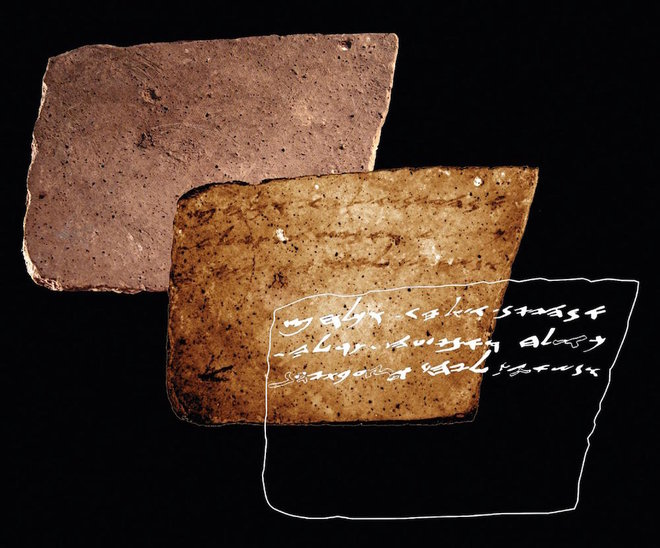 A previously overlooked inky inscription on a pottery shard found in Israel calls for the delivery of more wine, according to a new study, showing that not much has changed in 2,600 years for humanity, at least when it comes to wetting our whistles.

The pottery fragment — called an ostracon, or an ink-inscribed shard — was found in 1965 at the desert fortress of Arad in Israel. The shard was in poor condition, but researchers were able to date it to around 600 B.C., right before Nebuchadnezzar, the king of Babylon, destroyed the kingdom of Judah.

After discovering the shard, researchers noticed an ink inscription on its front, which begins with a blessing of Yahweh (a Hebrew name for God), then describes money transfers. Biblical scholars and archaeologists have extensively studied this inscription, so researchers were taken aback when they found the overlooked…