Lectures in the PULTUSK Academy of Humanities / Poland, June 30 2015

The Association of Historical Studies KORYVANTES is exceptionally honored to announce the participation in the 3rd Interdisciplinary Conference of the Pultusk Academy of Humanities / Poland  entitled «Thinking Symbols». 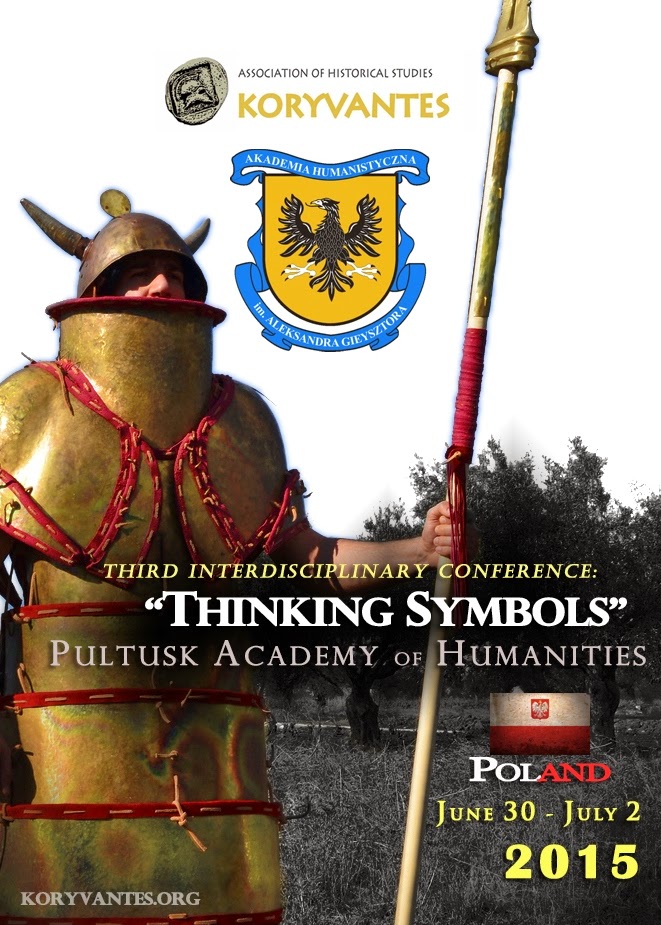 The Conference (June 30 – July 2 , 2015) which is adorned with the participation of distinguished academics and researchers from all around Europe will be held in the Conference Center of the Department of Anthropology and Archaeology of the Academy.

The Association KORYVANTES will be represented at the Conference under two (2) studies of it’s members  Mrs Christy Emilio Ioannidou and Mr Spyros Bakas.
Alongside to the Academic lectures, KORYVANTES Association will present to the Conference participants a reconstitution of a close-battle between Mycenaean Warriors while also exhibiting new reconstructed armor of Late Bronze Age, as prime examples of reconstructive research and experimental archaeology.
KORYVANTES Association participated with great success in the relevant conference of the Pultusk Academy in 2012, and the publication of  the study «The man-made Economic Disaster of Mid 12th Century BC and the Reconstruction of the Military Technology that It Brought About»

One thought on “KORYVANTES Lectures in the PULTUSK Academy of Humanities, 2015”